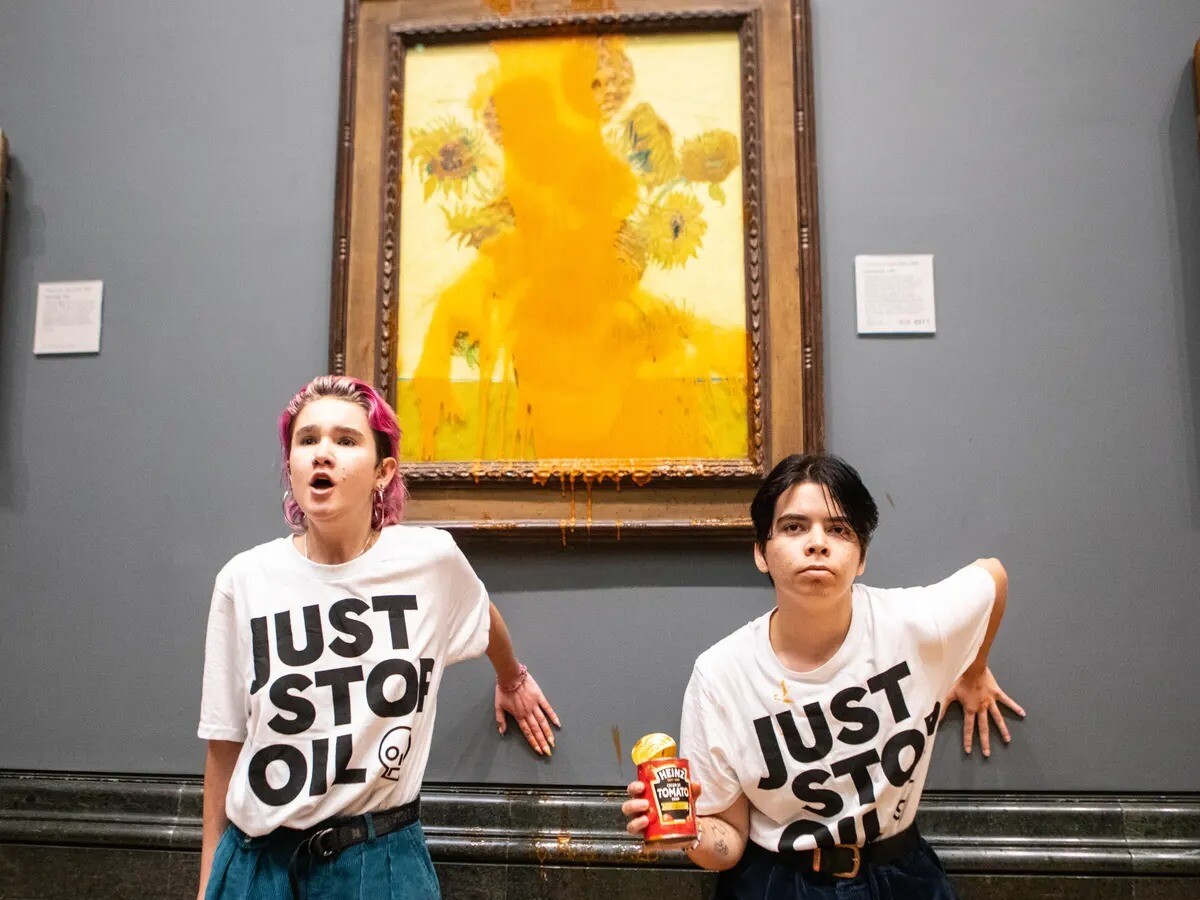 This is the message of climate activists that glue themselves to roads, paintings, tables, goalposts and more. Why do they protest like this and what is the message behind their actions?

The Just Stop Oil group demands that the UK government makes a statement that it will immediately halt all future licensing and consents for the exploration, development, and production of fossil fuels in the UK.
They do this because it’s the first step in ensuring “our survival”. They claim that we already have more oil and gas than we can afford to burn. “We need to get on with ending our reliance on fossil fuels completely: by powering ahead with renewables and cutting energy demand; by insulating Britain and rethinking how we travel; and by ensuring that no-one is left behind and everyone’s voice is heard.”
Multiple groups work together under the name Just Stop Oil. They claim that fossil fuels get thirty times more funds than renewable energy. On their website there are 31 articles about all 31 days they protested.

One of the climate activists says that the paintings are used as a conversation starter. She said the activists would have never considered using the paintings if there wasn’t glass in front and they could get damaged.
She acknowledges that the tomato soup on Van Gogh’s masterpiece is a bit of a ridiculous action, but necessary to get media attention. The protesters in Potsdam speak of a climate catastrophe. “Does it take mashed potatoes on a painting to make you listen? And why do people attach so much value to art when there won’t be art on a dead planet?”
The opinions about the protests are mixed. While Just Stop Oil’s stunts have evoked plenty of anger from the public – as several of their protests have disrupted roads and interrupted journeys to matches, airports, and other destinations – others believe they should be getting more support for their causes.

After an activist glued himself to a goalpost during the Arsenal and Liverpool game, presenter Gary Lineker tweeted: “you approve of this young man's methods or not, he's right, his future is perilous.”
Kai, the person who glued himself released a statement shortly after the event: “If we lose control of our climate, which is exactly where we're headed at the moment, then we put everything and everyone at risk. My generation won't have a future. The government is encouraging more investment in oil and gas, despite the danger of climate collapse. I want the government to do all they can to avoid this. They need to get a grip; more oil and gas will not help people with their energy bills but will kill more people now and in future.”

Opinions stay controversial as the protests continue on.