Black Cats and Friday the 13th 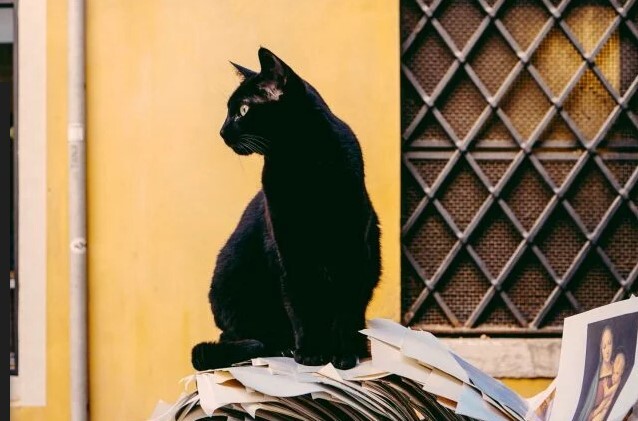 Knocking on wood, avoiding number 13, walking under a ladder, broken mirrors, and black cats – what seem to be random words are commonly known as superstitions. One way or another we have heard of these superstitions or have performed them on multiple occasions. The reason for that is we believe superstitions have the power to bring good luck or prevent bad incidents from happening. Even if we are not sure that crossing a black cat's path will curse us, we do not like to take risks with the idea. So, we end up subconsciously avoiding those little black fluffs of death.

Suddenly people find themselves throwing salt over their shoulders, knocking on their wooden tables, crossing their fingers, keeping lucky pennies, and refusing to open their umbrellas indoors all in the timeframe of a day. Most of these superstitions come from some religions or traditional backgrounds. Once upon a time, those actions had a logical explanation, nowadays they are just hard-to-break habits.

For example, it is believed that one of the origins of the meaning of the number 13 comes from The Bible, more specifically, the Last Supper, where Jesus Christ along with his 12 servants had his last supper before being crucified. To add fuel to this madness, he got crucified on a Friday, which results in any day that falls on Friday the 13th being seen as the epitome of unluckiness. I would recommend postponing your baptism for another day, and while you're at it might as well close that umbrella. Knocking on wood goes way further back to a time when people believed that their gods reside in trees. Touching the wood would ensure protection and blessing from the tree gods. Spilling salt comes from Ancient Rome, as salt would symbolize friendship. It was offered to guests in order to strengthen their relationship with one another. Many countries have their own interpretations of these superstitions and even some of their own. In several East-Asian languages, the number 4 is similar or almost identical to the word for death in pronunciation, leading to a large number of people speaking those languages avoiding that number like the plague.

Nevertheless, even when the reason for superstition does not make sense in our modern world, we still find ourselves performing or thinking about them. One of the reasons is that we grew up listening to and learning about these superstitions. As a result, it becomes a subconscious thought. When your grandma throws salt over her shoulder or knocks on wood you do not question it.  The idea of not doing a superstition you know of might even make you uncomfortable. People do not wish to risk their luck in any way.

Superstitions are also usually very easily performed. Taking a step to the side to avoid walking under a ladder is effortless compared to constantly reminding yourself that these superstitions do not matter. Looking at it from a more personal than a cultural point of view, superstitions can have a positive psychological effect. Using your lucky pen for an exam, wearing your lucky shirt for an interview, or listening to your favourite song before a game – those are all rituals that we feel the need to perform. Consequently, if ignorance or absence of those actions leads to our downfall it just confirms the bias we have towards superstitions. It creates the idea of controlling our fate and luck, as well as enhancing our confidence, and bringing peace to our minds. This recalls the question - is it really necessary to get rid of our superstitions?