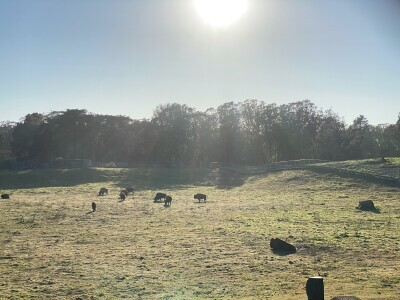 Most of us will agree that the climate crisis is reaching its tipping point. As tornadoes become increasingly common and more countries across the world see their states being flooded, it is tough to deny that there is something that’s messing with the earth’s equilibrium.

The Dutch government released official statistics earlier this year that showed that the average temperature in the country has risen by 1.7 degrees Celsius since 1900. Doesn’t sound too scary, does it? And we do love having some sun! Well, worldwide, the average rise in temperature for the same period was 0.8 degrees Celsius. Yes, we are at double the global average and in this case, it is not a positive development.

Worse, even the rains which we love/hate so much, are behaving differently. Instead of moderate, sustained rainfall that can be absorbed by our beloved canals, we are getting shorter but heavier bouts of rain, according to the Dutch government. This makes the Netherlands more susceptible to flooding.

Why am I bringing this up now? Well, April 22 was Earth Day. And it passed by as just another day. The first Earth Day was observed in the US in 1970 and one of its founders, Denis Hayes, made it an international event in 1990. The Earth Day movement was an attempt to raise awareness about the dangers of harming the environment and bring about policy changes that would benefit the environment. However, in the decades since then, Earth Day has just become another day with most of us not even switching off the lights for one hour in the evening every year as we used to.

Hayes was 25 years old when he started the movement. Now the CEO of the Bullitt Foundation in Seattle, Hayes believes that countries are not working hard enough to prevent climate change from becoming inevitable.

“At this late stage in my life,” Hayes, 77, told Wall Street Journal this year, “I’m disappointed that we have not made more progress.” He added that the situation has worsened since 1970 as we have continued to emit greenhouse gases into the atmosphere. When they started out, they were dealing with water pollution, air pollution and toxic substances entering the water supply, but now the issues are forest fires, floods, and hurricanes, he said.

As we count down the days to Earth Day 2023, we can only hope that we make significant steps in slowing down climate change and prove that it is not inevitable after all.