Why people have difficulties with people who are breaking stereotypes 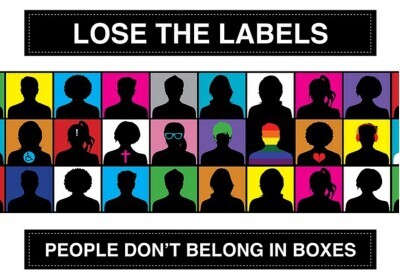 Can I be in charge of my own mind?

Unconscious biases are everywhere. They are hidden deep inside our minds. We like to think that we are in charge of our thoughts. However, only five percent of human acting is fully conscious. Almost all things we do and think are automatic processes in our brains. Judging and condemning other persons is one of these almost fully automated processes.

Judging people usually comes with stereotyping. Stereotypes are mental shortcuts we developed to process information more effectively and efficiently. These mental shortcuts are based on personal characteristics, like skin color, gender, weight, etcetera. Being stereotyped can be damaging. Firstly, we judge someone who is similar to us more positive than someone who is not like us. These associations lead to implicit preferences in types of people. Therefore, stereotypes make people feel ignored and misunderstood. Besides, if people experience being stereotyped for a long enough time, they will even learn to believe the stereotypes. Girls who have been told they cannot do mathematics because they are female will eventually internalize these stereotypes and, therefore, reinforce the biases. As a result, they are actually starting to perform less than boys who have not been exposed to this prejudice.

Over the last years, however, more and more focus has grown on breaking stereotypes rather than maintaining them. We, for example, see this reflected in pop culture. Famous artists Harry Styles and Lil Nas X receive many positive comments on how they fight against traditional gender norms and use their platforms to show this to the world.

Another example is a Dutch television host and journalist Tim Hofman. In general, Hofman presents very masculinely. However, he likes to add elements in his outfits that are perceived as traditionally feminine. Besides the support these three men receive, they still also experience a lot of hatred. When Harry Styles appeared on the cover of Vogue, the phrase ‘Bring back manly man’ was everywhere to be found on the internet. Likewise, when Hofman visited an award show wearing a dress, he was accused of appropriating gay culture. What raises the question: Why do people seem to have difficulties with people who do not fit the rules of societal stereotypes?

The useful and the damaging part of mental shortcuts

The fact that many people are having difficulties with people who are breaking stereotypes can be explained by evolution theory. Our brains got used to selective processing in prehistorical times. We needed as much brain capacity as possible to focus on environmental circumstances. Being sunk in your mind could become the end of your life.

Because of this, we developed mental shortcuts for decision-making, and we learned to think in schemata. We perceive the world around us using mental representations based on knowledge and earlier experiences. Everything that conflicts with these mental schemas, could possibly be threatening, and is, therefore, analyzed and processed more deeply than information that is congruent with our expectations. Everything that fits into the schemata is, unconsciously, marked as irrelevant information. Therefore, these stimuli are processed less deeply.

Times have changed, but we still perceive the world this way. Information that is incongruent with mental representations grabs our attention. Therefore, people who do not meet the expectations based on biases are more likely to be the center of attention. If they differ from the norm and are, thus, perceived as different, they are, as has been said before, less likable. As a result, they become targets of bias and stereotyping.

Our minds still have this prehistorical function of using mental shortcuts. But it is still necessary. If we don’t use them, our brains overflow with irrelevant and useless information. Especially in the digital era we live in now, where offline and online stimuli are everywhere, we use mental shortcuts. Only when we have both motivation and time for making well-thought-out decisions or judgments, we do not immediately fall back on these mental shortcuts. However, in most cases, we rely on stereotypes and, thus, don’t consider arguments before judging someone or something.

Even if we are aware of this, we still rely on mental representations of ethnic minorities, genders, professions, character traits, and actually everything you can even think of. Even people who are explicitly anti-racist still seem to have racist associations. This was concluded from research from American psychologists in the 1940s. They showed children from different ethnicities two baby dolls. One with a darker and one with a lighter skin tone. Regardless of their skin color, every participant in the experiment would choose the white doll over the black one. This is all a result of stereotypes and internalized racism that comes with them. You can test your own preconceptions in this implicit associations test: https://implicit.harvard.edu/implicit/takeatest.html

Praise the ones who are breaking up with stereotypes

To conclude, thinking based on stereotypes is not entirely bad. It is simply in our nature to do so, and if we did not, we would all be at home suffering from burn-outs because of overflooding minds. We all rely stereotypes. Everyone does, but it matters what you do with it. Instead of commenting hateful things on celebrities' posts, you can instead also appreciate these people for standing up against something damaging that is so harshly rooted in human nature.