The concept of stalking and the public’s view

Stalking is a word that’s often tossed around in a light-hearted way. We use it as a word to describe combing through other people’s social media channels or when we coincidentally run into someone several times in a short period of time. We use it in an almost satirical way so often, that the actual meaning and implications of the concept fizzle away into the background. And it shouldn’t, because stalking is not a joke. Although it is referred to with such carelessness in everyday life, it is a serious issue and problem that affects 1 in 6 women and 1 in 17 men. 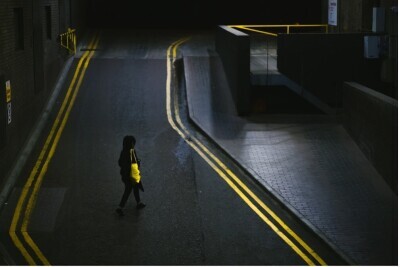 Stalking is when another person repeatedly harasses and/or threatens another person, causing safety issues and fear. This harassment ranges from physical and emotional abuse to being an unwanted presence, invading personal and private spaces, controlling and watching what another person is doing in their day-to-day life, but also creating obstacles in someone’s career, education or personal life. There’s more that I don’t cover in this definition, but when one has a stalker, this person infiltrates their entire life. And the worst thing? They often get away with it.

The reason why we flaunt the word around so casually can be caused by different factors. Dr. Julia Lippman thinks that there’s a connection between the way stalking is romanticized in pop culture (e.g., the tv series You) and the public’s perception of this behaviour in real life. In an interview with Bustle, she points out that ‘Positive portrayals of stalking – like those where the pursuer is rewarded by ‘getting the girl’- can lead people to see stalking in a more positive light.’

Therein lies the problem. People who perceive stalking and gaslighting and other toxic and dangerous behaviour as romantic, and the victim as hard to get, do so without actually considering the insinuation behind this type of behaviour. This apparent normalization of inappropriate behaviour will make it even harder for victims of stalkers to seek help, because the public’s opinion rules it as normal. It’s already a major problem for stalking victims to find anyone who is willing to help out, listen and take them seriously. If this trend keeps expanding, this will only get worse.