Why inclusive language is the cornerstone of an inclusive society

Inclusive language acknowledges diversity in all its forms and seeks to promote respectful communication among all people.

The Erasmus School of History, Culture and Communication recently released a list of guidelines which staff members can use to promote a more gender-inclusive culture in the school. “If we want to strive for a school that promotes equality, we can start fight against gender inequality and bias by paying special attention on how we use our language,” the ESHCC Faculty Council wrote in the toolkit they compiled for use of gender-inclusive language. (Read the complete guide here.) 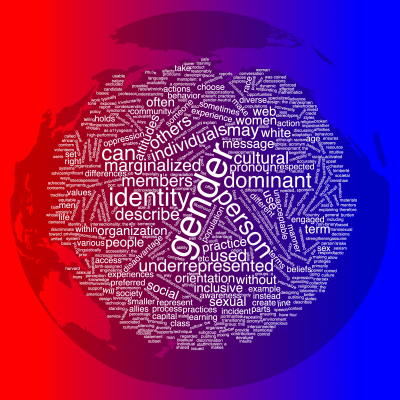 While the guide focuses only on gender, the concept of inclusive language actually acknowledges diversity in all its forms (such as race and ethnicity, people with disabilities) and seeks to promote respectful communication among all people without resorting to stereotypes. Okay, that sounds good, but how does using the word ‘chairperson’ instead of ‘chairman’ or ‘chairwoman’ make any difference?

To understand that, we need to go back to the basic role of language in society. Why do we use language? To communicate, right? It is through language that, as cognitive scientist Lera Boridtsky said, “we humans are able to transmit our ideas across vast reaches of space and time. We are able to transmit knowledge across minds.”

Communication is the basis of any relationship, and relationships form a society. The language we use determines what we want to communicate, which in turn, determines the relationships and the society we construct. The society, in turn, helps form you as an individual as well (what is called practice theory by Marxist scholars).

Take a look around you. You don’t have to be a feminist historian to agree that most of the dominant popular culture and discourses in social sciences are about the achievements of men. You’ve heard of Paul Revere and his epic journey of 20 miles to warn American officials of British invasion but probably not of Sybil Ludington, a 16-year-old girl who rode almost 40 miles across Connecticut for the same reason — to warn Americans of British invasion.

History is just one example of how one person’s point of view becomes the norm and someone else’s “the other”. Look at movies, for instance. A nickname for the romance genre is ‘Boy-Meets-Girl’. Ever wondered why it is not called ‘Girl-Meets-Boy’, even though the target audience for these movies are women? Or in sports. We have accomplished female boxers and martial arts champions but the phrase you hear in day-to-day life is “don’t fight like a girl”.

In 2018, a study published in the journal Cognitive Science by Stanford University researchers Eleanor K. Chestnut and Ellen M. Markman found that the grammatical construction of sentences can contribute to perpetuating stereotypes and biases even when the intent is the exact opposite. They explained their findings saying that in sentences which aim to prove equality using the subject-complement structure, “the item in the complement position serves as the reference point and is thus considered more typical and prominent. This explains why “Tents are like houses,” for instance, sounds better than “Houses are like tents”—people generally think of houses as more typical.”

Their experiment found that when we use the statement, “Girls are as good as boys at math”, it is understood by the listener as a statement that says that boys have “raw talent” at math and that is a fact, but girls too can be good at it.

Thus, consciously and subconsciously, language shapes the way we think. It influences the way we see society and is the medium through which we construct this Us/Them dynamic. As a society, we are growing more polarised every day. Even the use of inclusive language is often derogatorily referred to as “political correctness”.

But if you talk to a person who has lost their sight or is on a wheelchair, they will tell you how hurtful it is when society only defines them by their disability. As a friend once explained to me, his disability is only one part of him; it is not his entire being. He may not have his sight so he is a ‘person with disabilities’ but he is not a ‘disabled person’ because he has several other abilities that make him capable enough to live a fulfilling life.

When we use inclusive language, we are communicating to others that we believe in diversity and we do not believe that there is one norm. We are not defining people only by their ethnicity or their sexual orientation or their gender or their disability; rather we are breaking down (or at least trying to break down) these divisions to create a society that is more accepting of individual differences. We are not placing people in preconceived boxes but opening up our minds to learn more about them.

It is possible that even if we continue to use ‘chairperson’ or gender-neutral pronouns such as ‘they’ instead of ‘him/her’, we may not be able to make a noticeable difference right now. But even the smallest change can make a huge impact over time if we keep at it. We owe it to the future generations.