Voluntourism and The White Savior

Voluntourism is the merging term for volunteering and tourism – the ongoing trend of people traveling to do good deeds in other countries. To name a few examples, these travelers or ‘’voluntourists’’ help with education, infrastructure, or healthcare to improve foreign communities. They take part in this form of voluntary work booked through organizations that claim to promote the welfare of their host communities. However, the entire idea of voluntourism has developed negative connotations and has received quite some backlash. The criticism mainly relates to the notion of the ‘white savior’: a white person who helps non-white people in a self-serving manner.

Scholars on white saviorism criticize voluntourism by alleging that the primary motivation of the practice is often for the tourist to construct a benevolent image of herself, while the actual effects of the volunteer activities are secondary or even harmful. ‘’Voluntourists’’, who are mostly white and Western, implicitly portray themselves as the developed saviors of the radicalized non-white people that supposedly need the help of the white volunteers to develop. 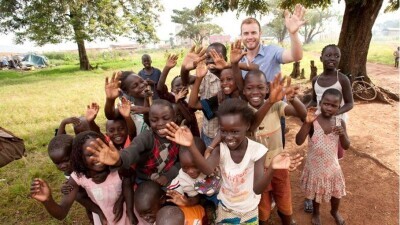 From a historical perspective, this concept, including its criticism, is loaded. Not so long ago, in 1899, English writer Rudyard Kipling published the infamous poem ‘The White Man’s Burden. In the poem, Kipling elaborates on his title, explaining that it is the responsibility of Western countries to ‘’civilize’’ people from other countries through imperialism and to impose their cultural standards on them. You could say that voluntourism is yet another form of imperialism and just another way to keep certain structures and relations that fundamentally benefit the West in place.

Although the criticism is valid, voluntourism is not always a black-and-white issue. It can still make a positive impact when carried out correctly. It seems like consciousness regarding issues like this is growing in Western societies, but in all honesty, I shouldn’t give us any credit for these types of revelations.

A great example of a better way to move forward is the No White Saviors advocacy campaign. This campaign led by a majority female, majority African team of professionals based in Kampala, Uganda is a reaction to western voluntourism. Their collective experience in the development & aid sectors has led to a deep commitment to seeing things change in a more equitable and anti-racist direction. Their motto: ‘We never said ‘no white people’, we just know you shouldn’t be the hero of the story’.