How authentic does fusion food need to be?

A recent controversy on Twitter brought to the fore the dilemma between artistic freedom when it comes to fusion food and retaining at least a bit of authenticity with the source material. 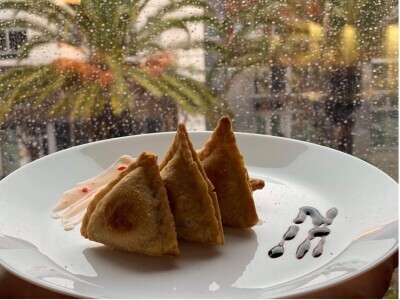 Recently, lovers of South Asian food were jarred when Bon Appetit, a food magazine based in the United States of America, published a new recipe on their website. The recipe had been excerpted with permission from author Amisha Dodhia Gurbani’s debut cookbook, Mumbai Modern: Vegetarian Recipes Inspired by Indian Roots and California Cuisine. The problem? The recipe was for a dish called Samosa Tart with Caramelized Onions and Fontina.

If you’ve ever eaten an authentic samosa, you’ll know that it does not contain caramelized onions and definitely does not contain any kind of cheese. Samosa lovers on Twitter created an uproar about the dish, because, as one user put it, “it is not samosoid”. Another user complained, “Just call it a potato tart and leave it at that ffs! How is this in any way a samosa!!”. Bon Appetit eventually took down the tweet but shared the link to the recipe again a few days later, once the rage had died down.

On her website TheJamLab.co, Gurbani explains that she always loved to experiment with food even while she lived in India. She came to the US in 1999 to study and since then, has been finding ways to combine Indian and American cuisines into innovative dishes. The question now arises is, if she is saying very clearly that this is fusion food and not traditional cuisine, then does it matter whether it resembles a samosa or not? If food is art, then doesn’t it come with artistic freedom?

One view, which I share, is that of course she has artistic freedom, but she can expect to be criticized when she calls her dish a samosa-inspired dish when there is nothing samosa about it. The essence of a samosa is not just in its flaky pastry dough but also in its filling. And in its shape, of course. In her upcoming book, Whose Samosa Is It Anyway?, author Sonal Ved writes that the samosa was originally a dish filled with meat but over the centuries, it has transformed into a vegetarian dish. Nowadays (depending on which part of South Asia you are in), a samosa’s filling has either potatoes or potatoes and peas. There are variations of course: the Jain samosa adheres to religious restrictions and stays away from root vegetables in its filling, while the non-vegetarian samosa is often filled with chicken or lamb. But none of them contain caramelized onions or cheese or peanuts or pomegranate seeds — all of which are in Gurbani’s recipe.

But isn’t that the point of fusion food? To take inspiration from one cuisine and blend it with another? If cheesy tarts are integral to American cuisine, why can’t they be blended with a samosa?

Charles Spence, a researcher at the University of Oxford, wrote in a 2018 article in The International Journal of Gastronomy and Food Science, that “most popular dishes can, on closer inspection, be described as fusion foods. Chillies, tomatoes, corn, and potatoes, after all, are all ingredients that originated from the ‘New World’. Or, going in the opposite direction, geographically-speaking, any dish that incorporates citrus, think Seville marmalade, for but one example, is built on a fruit that has its origins in South East Asia. However, over the centuries, these ingredients have been seamlessly integrated into the cuisines of India, Italy, China, as well as many other countries. Nowadays, in fact, it is hard to even imagine what Italian cuisine must once have been like without the tomato or the chilli? Pizza diavola and pasta arrabiata would be out for a start. The latter are, in a very real sense, fusion foods.”

If there is no such thing as ‘authentic’ food, then why does fusion food upset us so much? According to Spence, this is because food is not just about nutrition; food plays a role in giving meaning to us and others. It is only when the new fusion dish creates a symbolic meaning to the people can it work in the marketplace.

Thus, on the surface, the debate may be about whether Samosa Tart with Caramelized Onions and Fontina is samosa-enough to be called that or not. However, subconsciously it seems, we have debated within ourselves whether this new dish creates meaning for us, whether it hits a spicy spot. The answer is no and that’s what propels us to rant about it on Twitter.

The next time a fusion food dish makes me groan, I am going to pause for a moment and think about my own sense of self and identity before I vent on Twitter. Will you?